Breakthrough Listen: This is a $100 million program of astronomical observations in search of evidence of intelligent life beyond Earth. It is by far the most comprehensive, intensive and sensitive search ever undertaken for artificial radio and optical signals. It includes a complete survey of the 1 million nearest stars, the plane and center of our galaxy, and the 100 nearest galaxies. All data will be open to the public.

Breakthrough Message: This is a $1 million competition to design a message representing Earth, life and humanity that could potentially be understood by another civilization.

Breakthrough Starshot: Yuri Milner and physicist Stephen Hawking announced the Breakthrough Starshot initiative on 12 April 2016. This is a $100 million research and engineering program with the goal of demonstrating proof-of-concept for a new technology: using laser light to accelerate ultra-light, unmanned, light sail spacecraft to 20% of the speed of light (0.2 c; 1.34 e+8 mph; 6.0e+7 meters/sec); and thereby enable a flyby mission to the nearest star system, Alpha Centauri, within a generation.

Breakthrough Starshot involves particularly intriguing engineering challenges. This initiative plans to launch many lightweight, light sail spacecraft from Earth and then individually accelerate each spacecraft to about 0.2 c using powerful terrestrial lasers. These lightweight spacecraft are expected to accelerate to about 0.2 c within a few minutes after laser propulsion begins. When the target speed has been reached, laser propulsion would be discontinued and the spacecraft will coast the rest of the way to its destination. 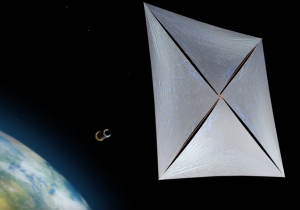 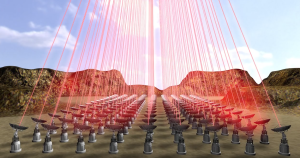 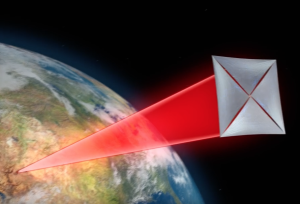 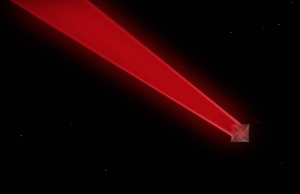 You can watch a short video on the Breakthrough Starshot spacecraft at the following link:

A detailed video (1hr 16 min) on this initiative, with discussions by Stephen Hawking and Freeman Dyson, is at the following link:

While the concept of a terrestrial laser-powered, ultra-light, light sail spacecraft is intriguing, the reality of flying through interstellar space at a speed of 0.2 c relative to low-density cosmic dust and gas along the route may raise daunting engineering challenges related to spacecraft survivability. The approach being taken by the Breakthrough Starshot initiative will be to launch many light sail spacecraft to provide redundancy and improve the likelihood of mission success.

How much damage could a grain of space dust inflict on a spacecraft? The worst case would be for the spacecraft to absorb all the kinetic energy from the collision.

Wikipedia reports that cosmic dust falling to Earth has been studied and found to be composed of grains with masses between 10−16 kg and 10−4 kg.

The classical Newtonian equation for kinetic energy (Ek) will yield an adequate approximation of the kinetic energy transferred in an impact at a speed of 0.2 c:

The maximum kinetic energy deposited by a cosmic dust particle with an “average” mass, 10−10 kg, is estimated to be:

This is about 40 times the maximum kinetic energy of a projectile fired from a 12-gauge shotgun. That would be quite damaging, so hopefully there is a very low probability of encountering cosmic dust of this mass. In this case, that v2 term in the equation has a very bad effect on kinetic energy.

In comparison, the maximum kinetic energy deposited by a cosmic dust particle at the low end of the mass range, 10−16 kg, is estimated to be:

This is in the approximate kinetic energy range of a small projectile fired from an airsoft (paintball) type gun. If the spacecraft isn’t damaged, the momentum transfer, even from smaller impacts such as this, may be sufficient to alter the course of the spacecraft. As you can see, cosmic dust can be quite hazardous to fast moving spacecraft.

You can read more about the Breakthrough Starshot initiative at the following links: 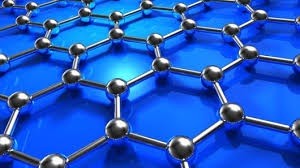