In their 10 July 2019 report, “Almost all US coal production is consumed by electric power,” the US Energy Information Administration (EIA) reported that coal is still one of the main sources of energy in the US, accounting for 16% of the nation’s primary energy production in 2018. Nearly all of the coal consumed in the US is produced domestically, and most is consumed by the electric power sector to generate electricity, while some is exported.  The following EIA “coal flow” diagram shows where the coal comes from and (approximately) how it was consumed in 2018.  Total production was about 755 million short tons.  The electric power sector consumed about 84% of production, with only modest amounts being consumed by the industrial sector or exported.

You can read this EIA announcement here:  https://www.eia.gov/todayinenergy/detail.php?id=39992

Between 2010 and the first quarter of 2019, US power companies announced the retirement of more than 546 coal-fired power units, totaling about 102 gigawatts (GW) of generating capacity. Plant owners intend to retire another 17 GW of coal-fired capacity by 2025.  You’ll find the EIA’s 26 July 2019 report on decommissioning US coal-fired power plants here:  https://www.eia.gov/todayinenergy/detail.php?id=40212

In April 2017, EIA reported that on the age of the US coal-fired generating plant fleet. The following chart shows the distribution of coal-fired plants based on their initial operating year.  EIA reported a fleet average age of 39 years in 2017.

In another decade, coal-fired generation will be only a small part of the US electric power generation portfolio and the average fleet age will be about 50 years old.

In my 19 December 2016 post, “What to do with Carbon Dioxide,” I provided an overview of the following three technologies being developed for underground storage (sequestration) or industrial utilization of carbon dioxide:

In the past two years, significant progress has been made in the development of processes to convert gaseous carbon dioxide waste streams into useful products.   This post is intended to highlight some of the advances being made and provide links to additional current sources of information on this subject.

The NRG / Cosia XPrize is a $20 million global competition to develop breakthrough technologies that will convert carbon dioxide emissions from large point sources like power plants and industrial facilities into valuable products such as building materials, alternative fuels and other items used every day.  You’ll find details on this competition on the XPrize website at the following link:

As shown in the following timeline from the above website, this competition started in September 2015.

In April 2018, the following ten international teams were selected as finalists:

The processes being developed by these teams will produce a range of valuable products:

You can read more about each of the competing teams and their intended products in the XPrize finalist selection report here:

The competition is now in the testing and certification phase.  Each team is expected to scale up their pilot systems by a factor of 10 for the operational phase, which starts in June 2019 at the Wyoming Integrated Test Center and the Alberta (Canada) Carbon Conversion Technology Center.

The teams will be judged by the amount of carbon dioxide converted into usable products and the value of those products.  We’ll have to wait until the spring of 2020 for the results of this competition.

In January 2017, NRG Energy reported the completion of the Petra Nova post-combustion carbon capture project, which is designed to remove 90% of the carbon dioxide from a 240 MW “slipstream” of flue gas at the existing W. A. Parish generating plant Unit 8.  The “slipstream” represents 40% of the total flue gas flow from the coal-fired 610 MW Unit 8.  To date, this is the largest post-combustion carbon capture project in the world.  Approximately 1.4 million metric tons of carbon dioxide will be captured annually using a process jointly developed by Mitsubishi Heavy Industries, Ltd. (MHI) and the Kansai Electric Power Co.  The US Department of Energy (DOE) supported this project with a $190 million grant.

The DOE reported: “The project will utilize a proven carbon capture process, which uses a high-performance solvent for carbon dioxide absorption and desorption. The captured carbon dioxide will be compressed and transported through an 80 mile pipeline to an operating oil field where it will be utilized for enhanced oil recovery (EOR) and ultimately sequestered (in the ground).”

You’ll find more information on the Petra Nova project at the following links:

In September 2018, Thyssenkrupp reported that it had “commenced production of the synthetic fuel methanol from steel mill gases. It is the first time anywhere in the world that gases from steel production – including the carbon dioxide they contain – are being converted into chemicals. The start-up was part of the Carbon2Chem project, which is being funded to the tune of around 60 million euros by Germany’s Federal Ministry of Education and Research (BMBF)……..‘Today the Carbon2Chem concept is proving its value in practice,’ said Guido Kerkhoff, CEO of Thyssenkrupp. ‘Our vision of virtually carbon dioxide-free steel production is taking shape.’”

You can read the Thyssenkrupp press release here:

The DOE Lawrence Berkeley National Laboratory (Berkeley Lab) has been engaged for many years in creating clean chemical manufacturing processes that can put carbon dioxide to good use.  In September 2017, Berkeley Lab announced that its scientists has developed a new electrocatalyst comprised of copper nanoparticles that can directly convert carbon dioxide into multi-carbon fuels and alcohols (e.g., ethylene, ethanol, and propanol) using record-low inputs of energy.  For more information, see the Global Energy World article here:

The Swiss firm Climeworks is in the business of developing carbon dioxide removal factories using the following process:

This process is shown in the following Climeworks diagram:

You’ll find more information on Climeworks on their website here:

In 2017, Climeworks began operation in Iceland of their first pilot facility to remove carbon dioxide from ambient air and produce concentrated carbon dioxide that is injected into underground basaltic rock formations, where the carbon dioxide gets converted into carbonite minerals in a relatively short period of time (1 – 2 years) and remains fixed in the rock.  Climeworks uses waste heat from a nearby geothermal generating plant to help run their carbon capture system.  This process is shown in the following diagram.

This small-scale pilot facility is capable of removing only about 50 tons of carbon dioxide from the atmosphere per year, but can be scaled up to a much larger facility.  You’ll find more information on this Climeworks project here:

The authors note that, “previous assessments have concluded that …… > 10 percent of the current global anthropogenic carbon dioxide emissions….could feasibly be utilized within the next several decades if certain technological advancements are achieved and if economic and political drivers are in place.”

You can download a free pdf copy of this report here:

Also on the NAP website is a prepublication report entitled, “Negative Emissions Technologies and Reliable Sequestration.” The authors note that NETs “can have the same impact on the atmosphere and climate as preventing an equal amount of carbon dioxide from being emitted from a point source.”

You can download a free pdf copy of this report here:

In this report, the authors note that recent analyses found that deploying NETs may be less expensive and less disruptive than reducing some emissions at the source, such as a substantial portion of agricultural and land-use emissions and some transportation emissions. “ For example, NAPs could be a means for mitigating the methane generated from enteric fermentation in the digestive systems of very large numbers of ruminant animals (e.g., in the U.S., primarily beef and dairy cattle).  For more information on this particular matter, please refer to my 31 December 2016 post, “Cow Farts Could be Subject to Regulation Under a New California Law,” which you’ll find here: 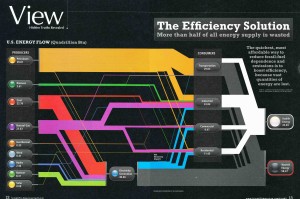 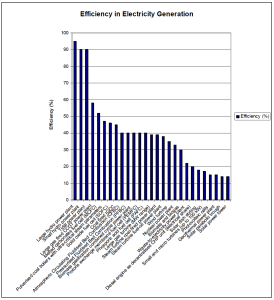 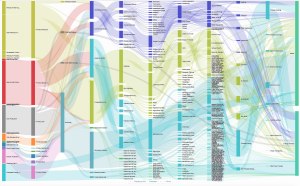 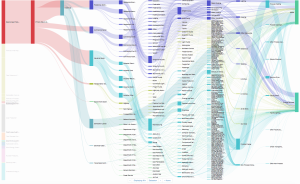 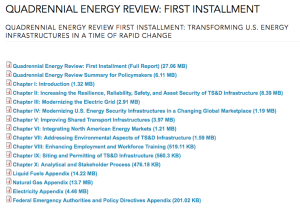