When 20th Century Fox approved the production of George Lucas’ first Star Wars movie, the studio had no special effects department and much of the technology eventually used in creating that movie did not exist. George Lucas founded ILM in the summer of 1975 to address this matter, and since then, ILM has been at the forefront of developing, innovating, and applying a broad range of new technologies that have been instrumental in the production of 317 movies and have fundamentally changed the course of the movie-making business.

You’ll find lots of interesting information at the ILM website:

You can read an excellent oral history, “The Untold Story of ILM, a Titan That Forever Changed Film,” by Alex French and Howie Kahn at the following link:

“What defines ILM, however, isn’t a signature look, feel, or tone—those change project by project. Rather, it’s the indefatigable spirit of innovation that each of the 43 subjects interviewed for this oral history mentioned time and again. It is the Force that sustains the place.”

Pixar started in 1979 as an ILM internal project and it evolved into the premier computer animation studio, bringing us feature-length animated movies, including Toy Story, Monsters, Inc., Finding Nemo, Cars, A Bug’s Life and many more. More than being well-animated, the Pixar movies have excelled in telling meaningful stories through characters that have become part of our modern culture. You may recognize the Pixar logo shown below, with the little lamp, Luxo, Jr.: 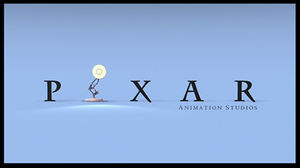 You can scroll through the Pixar timeline from 1979 to the present at the following link: 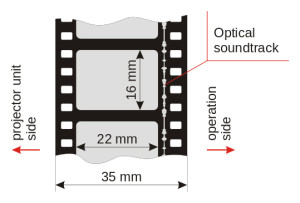 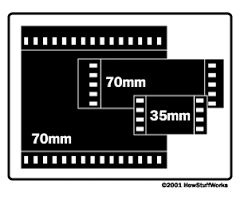 In 2013, IBM released an animated short film in which each frame is comprised of individual atoms, manipulated by a scanning tunneling microscope. 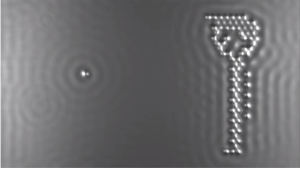 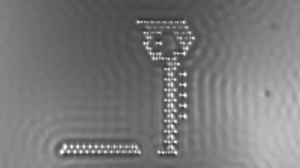 Check out the following link for this amazing IBM video and another “how it was done” video.

The 1984 movie The Last Starfighter, along with Disney’s Tron, has the distinction of being one of cinema’s earliest films to use extensive computer generated imagery (CGI) to depict its many starships, environments and battle scenes.  A total of 27 minutes of The Last Starfighter were rendered on a Cray X-MP, which was a 4-core machine with a total computing performance of 0.8 GFLOPS/sec (GFLOP/sec = billion floating point operations per second).
In comparison, Big Hero 6 used a modern 55,000 core supercomputer.  To estimate it’s computing performance, I scaled the known 2012 performance of the 75,000 core IBM Yellowstone supercomputer to get an estimate of 1.2 PFLOP/second (PFLOP/sec = million billion floating point operations per second). So the supercomputer used by Disney in 2014 to render Big Hero 6 has 1.5 million times the computing performance of the Cray X-MP used in 1984 to render The Last Starfighter.
That’s pretty good progress in 30 years, and pretty consistent with you would expect using Moore’s Law (basically, computing power of new computers doubles about every two years) over that period.