In my 18 June 2021 post, I discussed the Lake Mead water supply for Las Vegas and the alarming trend of decreasing water level in Lake Mead as a result of the persistent drought in the watershed for the Colorado River.

The following chart shows that the Lake Mead water level was at 1,067.72 feet on 17 August 2021, more than seven feet below the 1,075 foot threshold for triggering a water shortage declaration.  The lake level appears to have temporarily stabilized, possibly benefiting from the increased releases into upstream Lake Powell.

On 16 August 2021, the Bureau of Reclamation issued their much anticipated projection of 2022 operating conditions for Lake Powell and Lake Mead. They reported:

“Given ongoing historic drought and low runoff conditions in the Colorado River Basin, downstream releases from Glen Canyon Dam and Hoover Dam will be reduced in 2022 due to declining reservoir levels. In the Lower Basin the reductions represent the first “shortage” declaration—demonstrating the severity of the drought and low reservoir conditions.”

The planned actions in response to this first-ever shortage declaration take effect on 1 January 2022, as described in the Bureau’s news release here: https://www.usbr.gov/newsroom/#/news-release/3950

In summary, the following cuts in Colorado River water allocations are expected:

California has more senior water rights than Arizona and Nevada and will be spared immediate cutbacks when they are implemented on 1 January 2022.

Additional cuts in water allocations will be triggered if Lake Mead water level continues to decline to the following thresholds:  1,050 feet, 1,045 feet, and 1,025 feet.

Let’s pray for a lot of wet weather in the US southwest.

Las Vegas relies on Lake Mead for 90% of its water needs. Currently, water from Lake Mead can be supplied to Las Vegas by three intakes at different levels in the lake.  The newest, and deepest, is known as the “third straw” intake (IPS-3), which taps into the lake at 860 feet above sea level. That’s 190 feet below the highest existing intake, IPS-1, at 1,050 feet.

The operation of this three-intake system is explained in Southern Nevada Water Authority’s (SNWA) short video, “How does the SNWA’s Low Lake Level Pumping Station protect our drinking water supply?” at the following link: https://www.youtube.com/watch?v=bDDuid6XJnw&t=39s

Runoff from the Rocky Mountain snowpack is essentially over this year, so water level is expected to continue declining until the start of the next rainy season in November.

The first-ever official federal water shortage declaration is expected in August 2021, when the Bureau of Reclamation issues its regularly scheduled long-term water level projection.  A Level 1 declaration would be implemented in January 2022 under agreements negotiated with seven states that rely on Colorado River water: Arizona, California, Colorado, Nevada, New Mexico, Utah and Wyoming. Water from the Colorado River serves 40 million people in these states and Mexico.

Let’s pray for a lot of wet weather in the US southwest.

This is a radioactivity-free vodka produced by The Chernobyl Spirit Company from grain and water in Chernobyl’s abandoned zone. The website for ATOMIK vodka is at the following link: https://www.atomikvodka.com

While this product has been widely reported in that past few days, the website offers the following notice:

“WARNING: Sorry, but we’ve only got one experimental bottle of ATOMIK so far, so we can’t sell you anything yet. But if you want to find out more about what we’re trying to do please carry on reading.”

The website is quite interesting and I encourage you to take the time to visit the site.  Following is a summary of some key points from the website and a supporting technical paper.

The members of the ATOMIK vodka technical team are:

The team explained their basis for creating ATOMIK vodka.

“Our group of Ukrainian and UK scientists has been studying the transfer of radioactivity to crops both in the main Exclusion Zone (CEZ) and in the Narodychi District within the Zone of Obligatory Resettlement, where land can’t officially be used for agriculture, but people still live.​

The research shows that in many areas land could now be used to produce crops, which are safe to eat. As every chemist knows, distillation of fermented grain leaves many heavier elements in the waste product so the distillate alcohol is more radioactively “pure” than the original grain. We have used distillation to reduce radioactivity in the grain even further to make a product from Chernobyl which we hope people will want to consume.”

The ATOMIK website contains the following description of the product.

“ATOMIK is a grain spirit (or “moonshine”), a homemade vodka made by people in villages all over Ukraine, Belarus, Poland and Russia since about the twelfth century.

Grain spirit has more flavour compounds than vodka – by double-distilling and filtering, we are trying to produce a grain spirit which keeps the flavour and character of homemade vodka (“samogon”) but isn’t quite as rough around the edges. We dilute our distillate with a mineral water from the deep aquifer  below the town of Chernobyl about 10 km south of the nuclear power station. It is pure and of high quality, having characteristics of a typical limestone aquifer such as that found in the South of England or the Champagne region of France. We’re currently trying to work out exactly how many thousands of years old this water is but it definitely wasn’t anywhere near the surface in 1986.”

On the Atomic vodka website, the technical team reported on their radiochemical analysis of ATOMIK:

“We have been doing studies to see how much radioactivity transfers from soil to crops in the Chernobyl abandoned areas more than 30 years after the accident. We found that, at our site in the main exclusion zone, radiocaesium in rye was below the (quite cautious) Ukrainian limit but that radiostrontium was a bit above the limit. But when we made ATOMIK grain spirit from the grain, we could find no Chernobyl-derived radioactivity in the distilled alcohol.

The laboratories of The Ukrainian Hydrometeorological Institute and the University of Southampton GAU-Radioanalytical could find no trace of Chernobyl radioactivity in ATOMIK grain spirit. Out of scientific curiosity we’re going to try even more sensitive analytical methods to see if we can find something – nothing on Earth is completely free of radioactivity.”

The August 2019 technical report, “Distillate ethanol production for re-use of abandoned lands – an analysis and risk assessment,” by Jim Smith, Gennady Laptev, et al., shows the location of the experimental plot for ATOMIK grain harvesting relative to the areas around the Chernobyl site that were contaminated by Cs-137.  The site is in an area that received a relatively low level of Cs-137 contamination.

This report summarizes the results of the analysis as follows:

It seems that ATOMIK is as safe to drink as any comparable grain spirit.

You can read the complete paper here: https://www.researchgate.net/publication/334988042_Distillate_ethanol_production_for_re-use_of_abandoned_lands_-_an_analysis_and_risk_assessment

While you can use the toast ‘na zdorovya’ in Ukraine, a more traditional Ukrainian toast is ‘budmo’ (cheers). When you hear the toast ‘budmo,’ reply back with a hearty ‘hey’! Keep that toast and reply cycle going and the evening will go by very quickly.

Best wishes for success to the The Chernobyl Spirit Company. I’m looking forward the day when I can get a bottle of ATOMIK at my local liquor store.

Scientists at NASA’s Goddard Space Flight Center generate groundwater and soil moisture drought indicators each week. They are based on terrestrial water storage observations derived from GRACE satellite data and integrated with other observations, using a sophisticated numerical model of land surface water and energy processes. You can see current results for the continental U.S. at the following link to the National Drought Mitigation Center (NMDC), University of Nebraska-Lincoln, website:

Drought indicator maps for 6 July 2015 are reproduced below for:

The drought in the U.S. West looks most severe in the shallow groundwater map.

You can find information on the twin GRACE (Gravity Recovery and Climate Experiment) satellites at the following link: 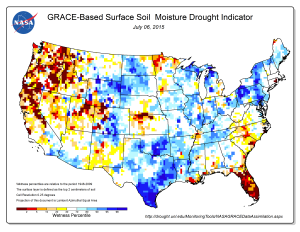 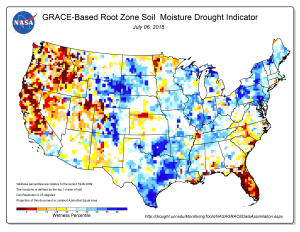 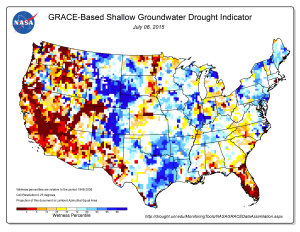 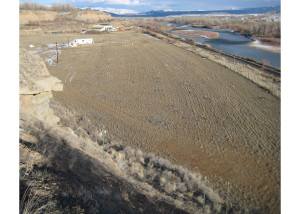 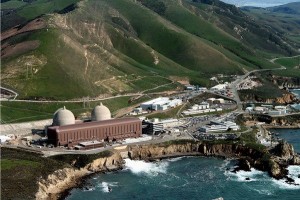 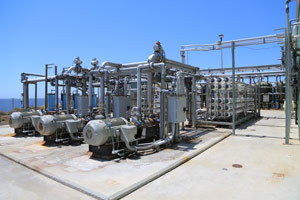 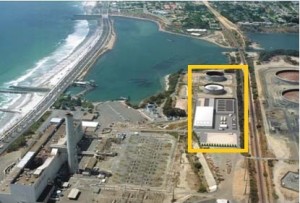