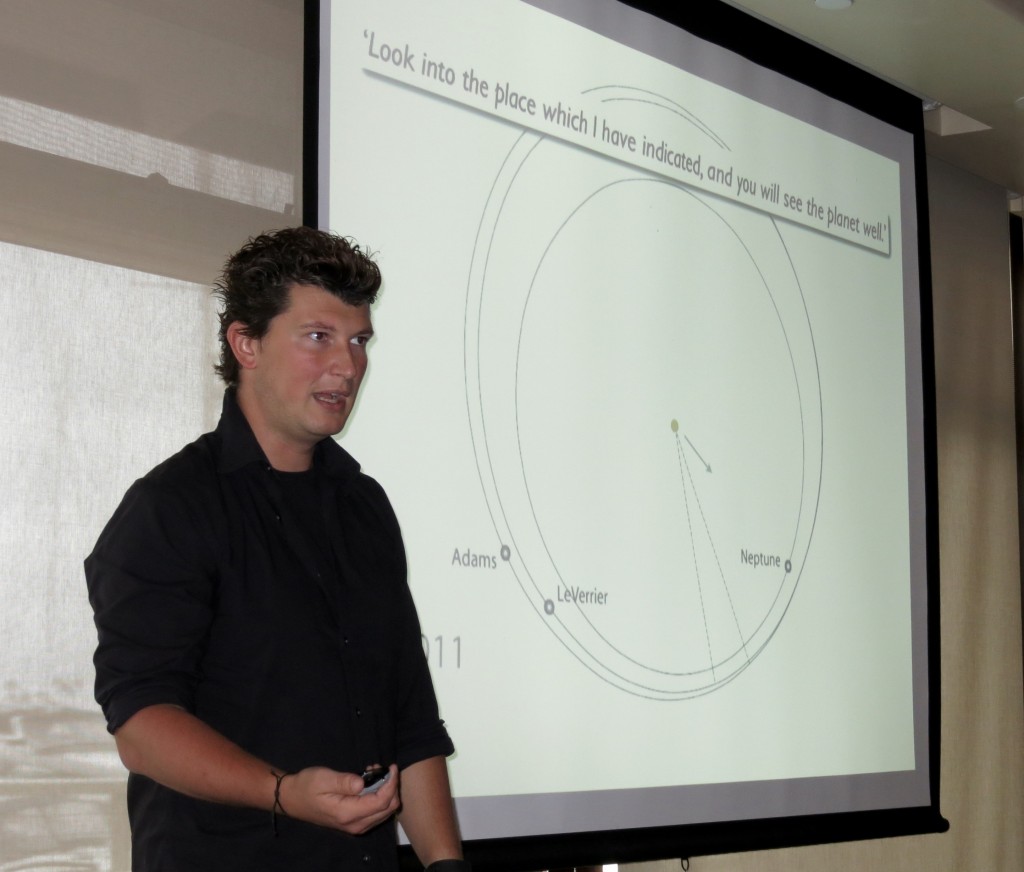 At the outskirts of the solar system, beyond the orbit of Neptune, lies an expansive field of icy debris known as the Kuiper belt. The orbits of the individual asteroid-like bodies within the Kuiper belt are not randomly oriented, and like a jigsaw puzzle, show a lot of large-scale structure when viewed collectively. Much of this structure can be attributed to periodic gravitational pulls exerted by Neptune as it traverses its orbit in a clockwork fashion. However, novel observations that have surfaced over the last two years have revealed a feature of the Kuiper belt that has, despite numerous efforts, eluded explanation.

All Kuiper belt objects with orbital periods longer than 7,000 years have orbits that are physically aligned. Statistically, the chances of such alignment being a coincidence are smaller than a hundredth of a percent. What sculpts this alignment and how is it preserved? In this talk, Konstantin Batygin will argue that the observed clustering of Kuiper belt orbits can be maintained by a distant, eccentric, Neptune-like planet (“Planet Nine”), whose orbit lies in approximately the same plane as those of the distant Kuiper belt objects. In addition to accounting for the observed grouping of trajectories, the existence of such a planet naturally explains other, seemingly unrelated dynamical features of the solar system.

Our Speaker:  Konstantin Batygin’s primary research interests lie in the field of planetary astrophysics. He is fascinated by a wide variety of problems related to the formation and evolution of the Solar System, dynamical evolution of exoplanets, as well as physical processes inherent to planetary interiors and atmospheres. Forbes named him the “next physics rock star” in its 2015 list of “30 Under 30: Young Scientists Who Are Changing the World.” He already has served as first author on 21 published papers. Batygin joined the Caltech faculty in 2014 and moonlights as a lead singer in the band, The Seventh Season.

NOTE from Program Committee: Professor Batygin and fellow Caltech Professor Mike Brown discovered Planet Nine through mathematical modeling and computer simulations but have not yet observed the object directly.  They first published their discovery in January of 2016.

Because Professor Batygin’s presentation included several very interesting animations that were too large to be uploaded to our website, there are two links below.  The first is to a version of the presentation that does NOT include these animations and is stored on our website.  The second is a Dropbox link to the entire presentation, including the animations, which is 148 MB.

Some people expressed an interest in viewing the presentation that was used for the commemorative coin presentation, which can be found at the following link:

Finally, our long-time Treasurer, Paul Fleming, has retired from that position and Bill Hagan presented him with a framed image from David Groce of the CMS detector at CERN that discovered the Higgs Boson: 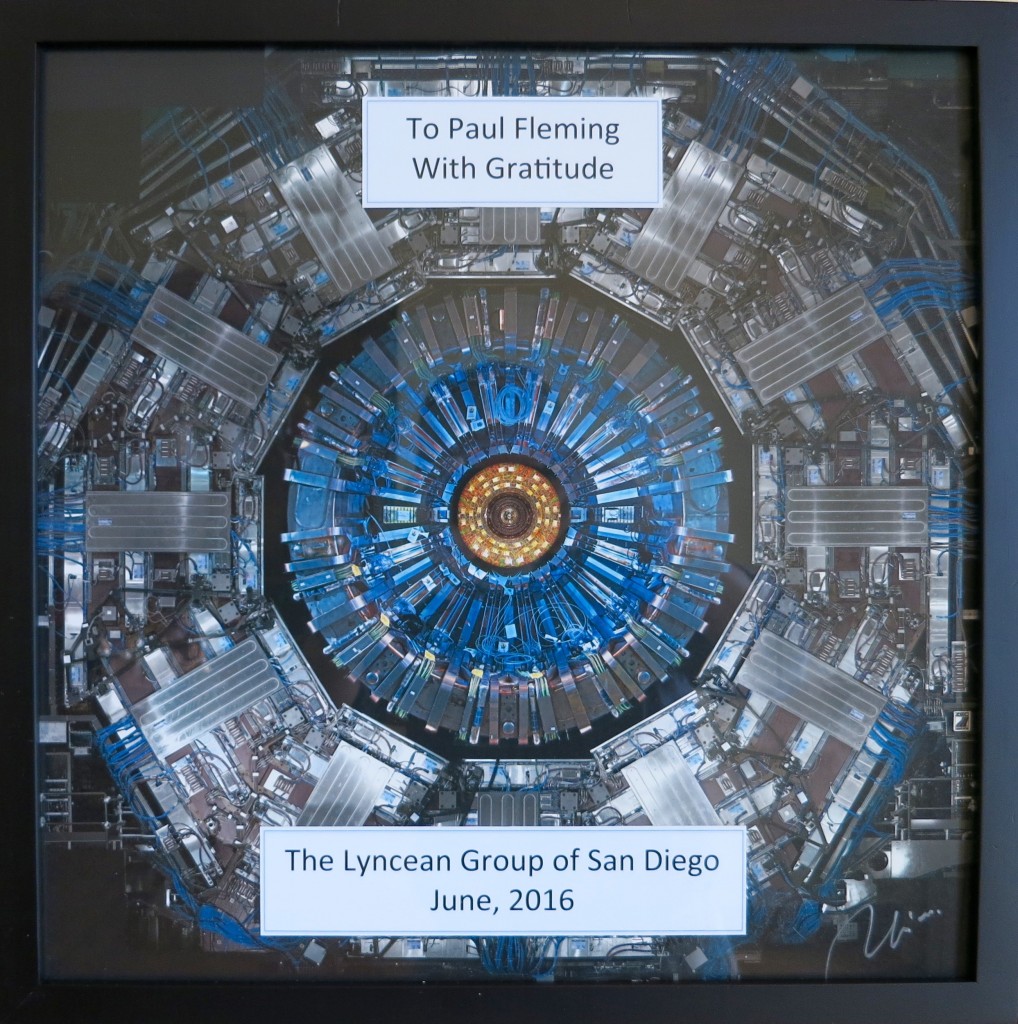