Singularities, AI-takeover, the Fermi Paradox, and other reasons everyone should remain calm, while science drives the future 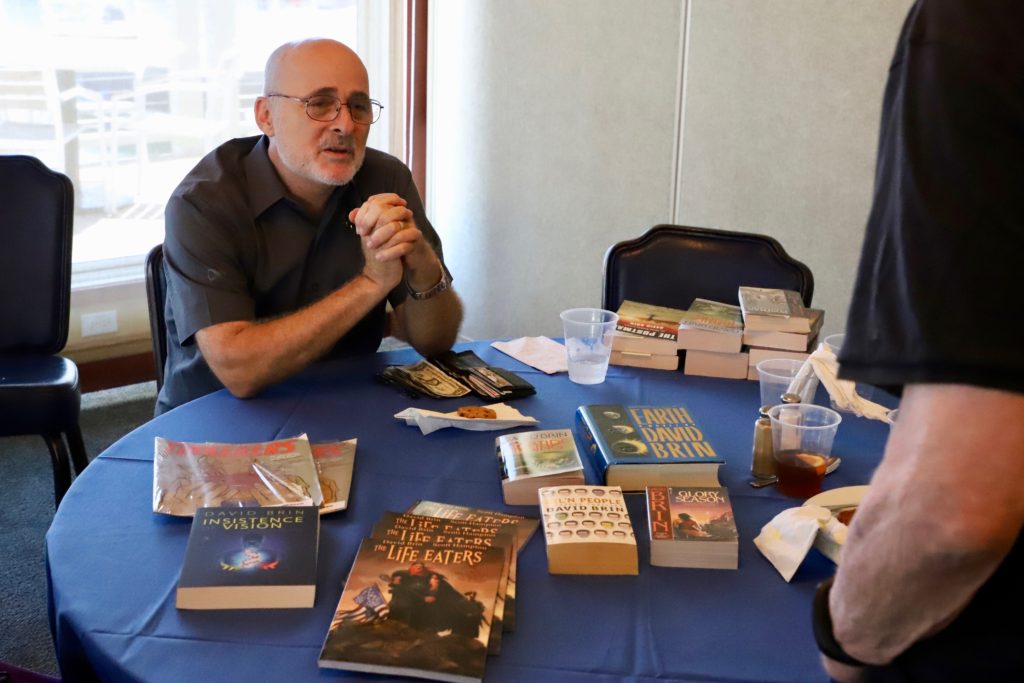 Abstract:
Our next speaker will be Dr. David Brin, a scientist, speaker, technical consultant and world-known author. His novels have been New York Times Bestsellers, winning multiple Hugo, Nebula and other awards. At least a dozen have been translated into more than twenty languages.  You can learn all about him and his writing, speaking, and consulting athttp://www.davidbrin.com.

Dr. Brin’s books span a broad range of topics and genres.  For example, his nonfiction book The Transparent Society won the American Library Association’s Freedom of Speech Award for exploring 21st Century concerns about security, secrecy, accountability and privacy.  His novel The Postman was the basis for a movie of the same name directed by and starring Kevin Costner.  He speaks, advises, and writes widely on topics from national defense and homeland security to astronomy and space exploration, SETI and nanotechnology, future/prediction, creativity, and philanthropy. Urban Developer Magazine named him one of four World’s Best Futurists, and he was cited as one of the top 10 writers the AI elite follow.

Based on the title of his talk, you can expect to hear about, among other things:

Finally, have a look at some of his wide ranging books – which he’ll sign for us, at http://www.davidbrin.com/books.html.

—
Dr. Brin did not use viewgraphs for his presentation but the montage below is a good photographic summary of his  presentation (at least the visual part!). 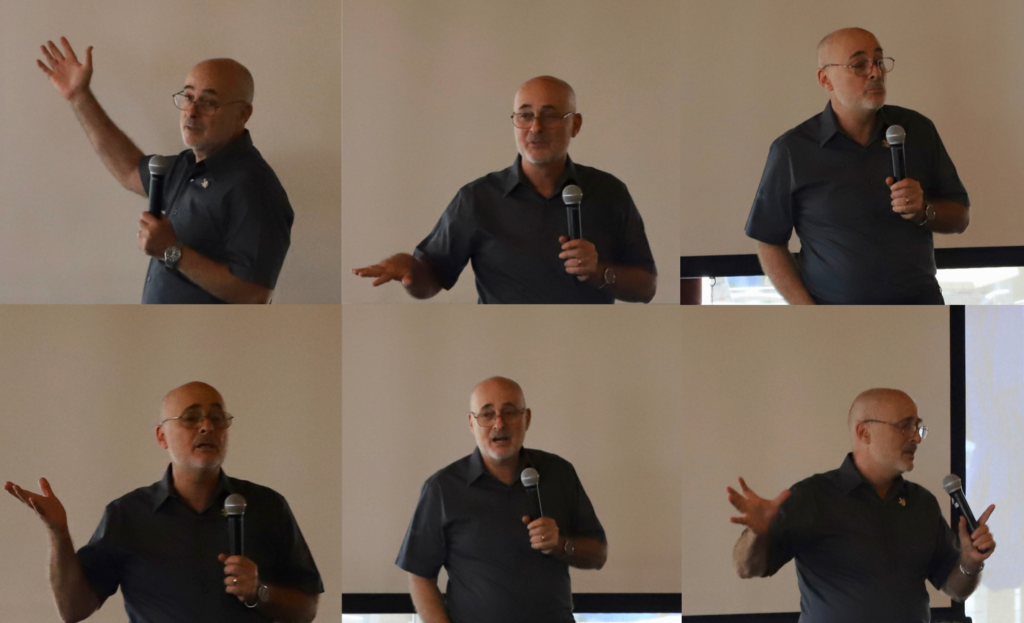 Bill Hagan’s meeting slides and coin presentation can be downloaded by clicking on the link below.  To get the proper effect on the “Star Wars” title roll, you must view the PowerPoint in Slideshow mode.

We had a VERY full room for this talk! 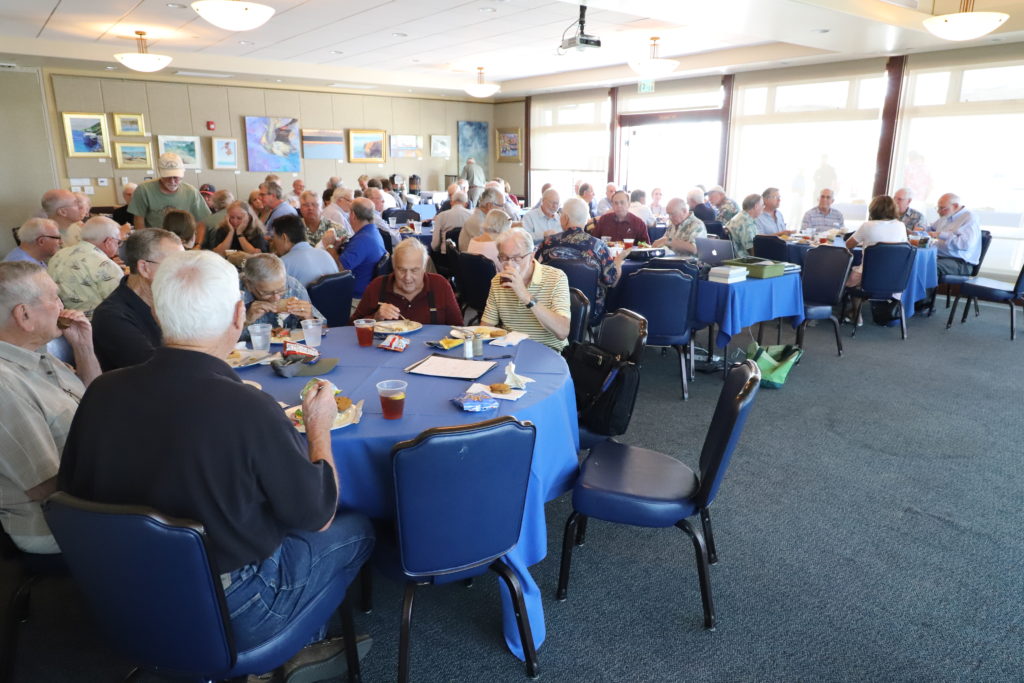