The I. V. Kurchatov Institute of Atomic Energy in Moscow was founded 75 years ago, in 1943, and is named for its founder, Soviet nuclear physicist Igor Vasilyevich Kurchatov.  Until 1955, the Institute was a secret organization known only as “Laboratory No. 2 of the USSR Academy of Sciences.”  The initial focus of the Institute was the development of nuclear weapons.

I. V. Kurchatov and the team of scientists and engineers at the Institute led or supported many important historical Soviet nuclear milestones, including:

I. V. Kurchatov served as the Institute’s director until his death in 1960 and was awarded Hero of Socialist Labor three times and Order of Lenin five times during his lifetime.

After I. V. Kurchatov’s death in 1960, the noted academician Anatoly P. Aleksandrov was appointed as the director of the Institute and continued in that role until 1989.  Aleksandrov already had a key role at the Institute, having been appointed by Stalin in September 1952 as the scientific supervisor for developing the USSR’s first nuclear-powered submarine and its nuclear power unit.

You’ll find a comprehensive history of Kurchatov Institute in a 2013 (70thanniversary) special issue of the Russian version of Scientific American magazine, which you can download here:

The evolution of Kurchatov Institute capabilities from its initial roles on the Soviet nuclear weapons program is shown in the following diagram.

Modern roles for Kurchatov Institute are shown in the following graphic.

In the past 75 years, the Kurchatov Institute has performed many major roles in the Soviet / Russian nuclear industry and, with a national security focus, continues to be a driving force in that industry sector.

Now, lets take a look at a few of the pioneering nuclear projects led or supported by Kurchatov Institute:

The F-1 reactor designed by the Kurchatov Institute was a graphite-moderated, air-cooled, natural uranium fueled reactor with a spherical core about 19 feet (5.8 meters) in diameter. F-1 was the first reactor to be built and operated outside of the US.  It was a bit more compact than the first US reactor, the Chicago Pile, CP-1, which had an ellipsoidal core with a maximum diameter of about 24.2 feet (7.4 meters) and a height of 19 feet (5.8 meters).

The F-1 achieved initial criticality on 25 December 1946 and initially was operated at a power level of 10 watts.  Later, F-1 was able to operate at a maximum power level of 24 kW to support a wide range of research activities. In a 2006 report on the reactor’s 60thanniversary by RT News (www.rt.com), Oleg Vorontsov, Deputy Chief of the Nuclear Security Department reported, “Layers of lead as they are heated by uranium literally make F1 a self-controlling nuclear reactor. And the process inside is called – the safe-developing chain reaction of uranium depletion. If the temperature rises to 70 degrees Celsius (158° Fahrenheit), it slows down by its own! So it simply won’t let itself get out of control.”

F-1 was never refueled prior to its permanent shutdown in November 2016, after 70 years of operation.

The first generation of Soviet plutonium production reactors were graphite-moderated, natural uranium fueled reactors designed under the leadership of N.A. Dollezhal while he was at the Institute of Chemical Machinery in Moscow.  The Kurchatov Institute had a support role in the development of these reactors.The five early production reactors at Chelyabinsk-65 (later known as the Mayak Production Association) operated with a once-through primary cooling water system that discharged into open water ponds.

Four of the five later graphite-moderated production reactors at Tomsk had closed primary cooling systems that enabled them to also generate electric power and provide district heating (hot water) for the surrounding region.  You’ll find a good synopsis of the Soviet plutonium production reactors in the 2011 paper by Anatoli Diakov, “The History of Plutonium Production in Russia,” here:

Additional details on the design of the production reactors is contained in the 1994 Pacific Northwest Laboratory report PNL-9982, “Summary of Near-term Options for Russian Plutonium Production Reactors,” by Newman, Gesh, Love and Harms.  This report is available on the OSTI website here:

Obninsk was the site of the world’s first nuclear power plant (NPP).  This NPP had a single graphite-moderated, water-cooled reactor fueled with low-enriched uranium fuel. The reactor had a maximum power rating of 30 MWt.  AM-1 was designed by N.A. Dollezhal and the Research and Development Institute of Power Engineering (RDIPE / NIKIET) in Moscow, as an evolution of an earlier Dollezhal design of a small graphite-moderated reactor for ship propulsion.  The Kurchatov Institute had a support role in the development of AM-1.

The basic AM-1 reactor layout is shown in the following diagram.

The closed-loop primary cooling system delivered heat via steam generators to the secondary-side steam system, which drove a steam turbine generator that delivered 5 MWe (net) to the external power grid.   Following is a basic process flow diagram for the reactor cooling loops.

Construction on AM-1 broke ground on 31 December 1950 at the Physics and Power Engineering Institute (PEI) in Obninsk, about 110 km southwest of Moscow.  Other early milestone dates were:

In addition to its power generation role, AM-1 had 17 test loops installed in the reactor to support a variety of experimental studies. After 48 years of operation, AM-1 was permanently shutdown on 28 April 2002.

You can read more details on AM-1 in the following two articles: “Obninsk: Number One,” by Lev Kotchetkov on the Nuclear Engineering International website here:

“Anniversary at Obninsk: The First Commercial Nuclear Power Plant,” by Will Davis on the ANS Nuclear Café website here:

The AM-1 nuclear power plant design was developed further by NIKIET into the much larger scale RBMK (Reaktor Bolshoy Moshchnosti Kanalnyy, “High Power Channel-type Reactor”) NPPs.  The four reactors at the Chernobyl NPP were RBMK-1000 reactors.

Early operation of T-1 and successive models revealed many problems that limited the plasma confinement capabilities of tokamaks.  Solving these problems led to a better understanding of plasma physics and significant improvements in the design of tokamak machines.  You’ll find a historical overview of early Soviet / Russian work on Tokamaks in a 2010 IAEA paper by V. P. Smirnov, ”Tokamak Foundation in USSR/Russia 1950–1990,” which you can read here:

The basic tokamak design for magnetic plasma confinement has been widely implemented in many international fusion research machines, winning out over other magnetic confinement concepts, including the Stellarator machine championed in the US by Dr. Lyman Spitzer (see my 30 August 2017 post on Stellarators).  Major international tokamak projects include the Joint European Torus (JET) at the Culham Center for Fusion Energy in Oxfordshire, UK, the Tokamak Fusion Test Reactor (TFTR) at Princeton Plasma Physics Laboratory in the US, the JT-60 at the Japan Atomic Energy Agency’s Naka Fusion Institute, and most recently the International Thermonuclear Experimental Reactor (ITER) being built now at the Saclay Nuclear Center in southern France. 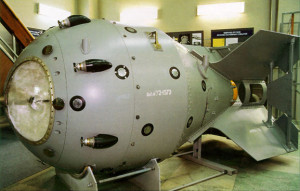 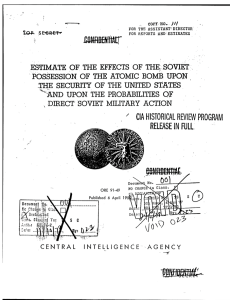 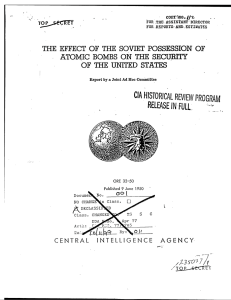