The March 1944 issue of Astounding Science Fiction magazine contained a short story by Cleve Cartmill entitled, Deadline, that may, or may not have revealed secrets related to the Manhattan Project. This short story was edited by MIT-educated John W. Campbell Jr. 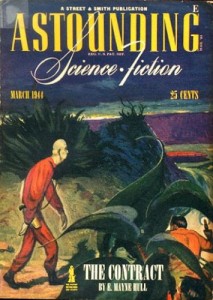 Cleve Cartmill’s notoriety after the publication of Deadline is described in The Encyclopedia of Science Fiction (http://www.sf-encyclopedia.com/entry/cartmill_cleve):

“He is best remembered in the field for one famous (but untypical) story, “Deadline” (March 1944 Astounding),which described the atomic bomb a year before it was dropped: in this near-future fable, the evil Sixa (i.e., Axis) forces are prevented from dropping the Bomb, and the Seilla (Allies) decline to do so, justly fearing its dread potential. US Security subsequently descended on Astounding, but was persuaded (truthfully) by John W.Campbell Jr that Cartmill had used for his research only material available in public libraries. Cartmill’s prediction made sf fans enormously proud, and the story was made a prime exhibit in the arguments about prediction in sf.”

I’ve been unable to find an online source for the full-text of Deadline, but here’s a sample of the March 1944 text:

“U-235 has been separated in quantity sufficient for preliminary atomic-power research and the like. They get it out of uranium ores by new atomic isotope separation methods; they now have quantities measured in pounds….But they have not brought it together, or any major portion of it. Because they are not at all sure that, once started, it would stop before all of it had been consumed….They could end the war overnight with controlled U-235 bombs……So far, they haven’t worked out any way to control the explosion.”

The status of the Manhattan Project’s nuclear weapons infrastructure at the time that Deadline was published in March 1944 is outlined below.

You can read more about of Deadline, including reaction at Los Alamos to this short story, on Wikipedia at the following link:

You also can download, “The Astounding Investigation: The Manhattan Project’s Confrontation With Science Fiction,” by Albert Berger at the following link:

This investigation report, prepared by Astounding Science Fiction, identifies a number of sci-fi stories from 1934 to 1944 that included references to atomic weapons in their story lines, so Deadline was not the first to do so. Regarding the source of the technical information used in Deadline, the investigation report notes:

“However, when questioned as to the source of the technical material in “Deadline,” the references to U-235 separation, and to bomb and fuse design, Cartmill ‘explained that he took the major portion of it directly from letters sent to him by John Campbell…and a minor portion of it from his own general knowledge.’”

While Deadline may have angered many Manhattan Project Military Intelligence senior security officers, neither Cartmill nor Campbell were ever charged with a crime. The investigation noted that stories like Deadline could cause unwanted public speculation about actual classified projects. In addition, such stories might help people working in compartmented classified programs to get a better understanding of the broader context of their work.

I don’t think there was any espionage involved, but, for its time, Deadline provided very interesting insights into a fictional nuclear weapons project. What do you think? 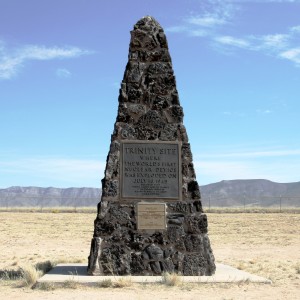 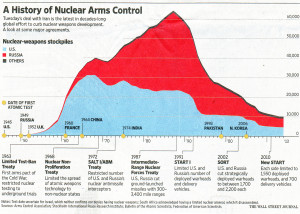