The U.S. Marine Corps is taking a two-prong approach to ensure their readiness to conduct forcible amphibious landing operations: (1) modernize the fleet of existing Assault Amphibious Vehicles (AAVs), the 71A, and (2) select the contractor for the next-generation Amphibious Combat Vehicles (ACVs). The firms involved in these programs are Science Applications International Corporation (SAIC) and BAE Systems.

Both the existing Marine AAVs and the new ACVs are capable of open-ocean ship launch and recovery operations from a variety of the Navy’s amphibious warfare ships, such as a landing ship dock (LSD) or landing platform dock (LPD). These ships may be as much as 12 miles (19 km) offshore. After traveling like a small boat toward the shore, maneuvering through the surf line, and landing on the beach, the AAVs and new ACVs operate as land vehicles to deliver troops, cargo, or perform other missions. 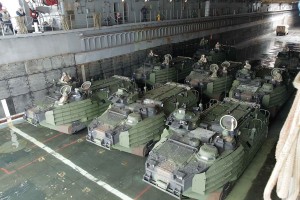 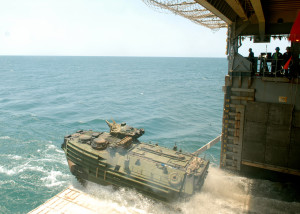 Current-generation AAV 71A disembarking from an LPD well deck into the open ocean. Source: U.S. Navy

The Marine Corps plans to maintain the ability to put 10 amphibious battalions ashore during a forcible landing operation.

Let’s take a look in more detail at the Marine Corps AAV 71A modernization program and the new ACV competition.

The AAV SU is upgraded version of the existing, venerable Marine Corps AAV 71A, which can carry 25 embarked Marines. The AAV SU incorporates the following modernized systems and survivability upgrades: 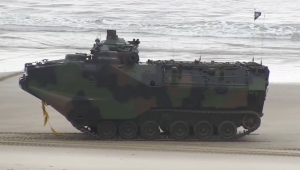 Current-generation AAV 71A after landing on a beach. Source: okrajoe 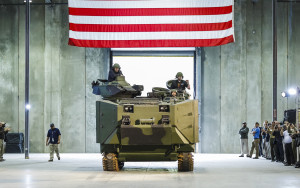 In January 2016, SAIC unveiled the modernized AAV SU at its facility in Charleston SC and delivered the first prototype for testing at U.S. Marine Corps Base Quantico, VA on 4 March 2016. A total of 10 AAV SUs will be tested before the Marine Corps commits to upgrading its entire fleet of 392 AAVs.

You can view a Marine Corps video on the AAV survivability upgrade program at the following link:

On 24 November 2015, BAE Systems and SAIC were down-selected from a field of five competitors and awarded contracts to build engineering and manufacturing development prototypes of their respective next-generation ACVs. Both of the winning firms are offering large, eight-wheel drive vehicles that are designed to be more agile and survivable on land than the current AAV, with equal performance on the water.  The ACV is air-transportable in a C-130 Hercules or larger transport aircraft.

Under contracts valued at more than $100 million, BAE Systems and SAIC each will build 16 ACVs to be delivered in the January – April 2017 time frame for test and evaluation. It is expected that a winner will be selected in 2018 and contracted to deliver 204 ACVs starting in 2020. The new ACVs will form six Marine amphibious battalions that are all scheduled to be operational by the summer of 2023.

At the following link, you can view a Marine Corps video on the ACV program and its importance to the Marine’s “service defining” mission of making amphibious landings in contested areas:

In 2011, BAE Systems teamed with the Italian firm Iveco to offer a variant of the Italian 8-wheeled Super AV amphibious vehicle to the Marine Corps.

The BAE version of this diesel-powered vehicle has a top speed of 65 mph (105 kph) on paved roads and 6 knots (6.9 mph, 11 kph) in the water. Its range is 12 miles (19 km) at sea followed by 200 miles on land. Two small shrouded propellers provide propulsion at sea. On land, the “H-drive” system provides power to individual wheels, so the vehicle can continue operating if an individual wheel is damaged or destroyed.

The armored passenger and crew compartments are protected by a V-shaped hull. Individuals are further protected from blast effects by shock-mounted seats.

On 27 September 2016, BAE Systems unveiled their 34-ton Super AV ACV, which normally will carry a crew of three and 11 embarked Marines, with a capability to carry two more for a total of 13 (i.e., a full Marine squad). 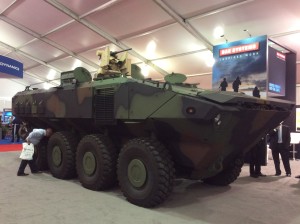 You can view a 2014 BAE Systems video on their Super AV at the following link:

The basic configuration of SAIC’s Terrex 2 is similar to the BAE Super AV: V-shaped hull, shock-mounted seats and other protection for occupants, propeller driven in the water, independent wheel-driven on land, with similar mobility. SAIC’s Terrex 2 can reach speeds of 55 mph on paved roads and 7 knots (8 mph, 12.9 kph) in the open ocean. A Remote Weapon System (machine guns and cannon) and 10 “fusion cameras” allow closed-hatch missions with day/night 360-degree situational awareness. 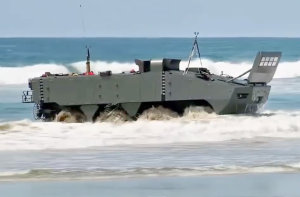 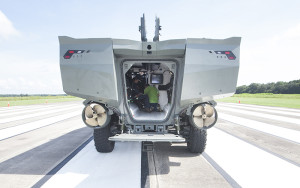 You can see a short 2014 SAIC video on their AAV SU upgrade program and their Terrex 2 ACV at the following link:

On 19 June 2018, it was announced that the Marine Corps had selected BAE to build the next generation Amphibious Combat Vehicle and a contract for $198 million for the first 30 ACVs had been awarded to BAE.  These vehicles are due to be delivered in the fall of 2019 for use in Initial Operational Testing & Evaluation (IOT&E). A decision to begin full rate production of the ACV is expected in 2020.

In December 2020, the Marine Corps awarded BAE Systems a contract valued at almost $185 million to start full-rate production of the ACV and deliver the first 36 amphibious combat vehicles. BAE expects that this first-lot order will increase to 72 vehicles in early 2021.  In following years, the Marines have options to order 80 vehicles annually over five years. 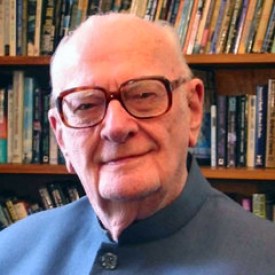