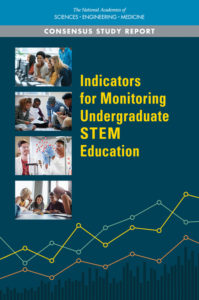 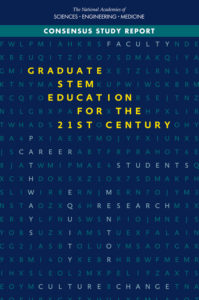 Pop-up books and cards have existed for a very long time, becoming popular in Europe in the late 1800s and in the U.S. in the early 1900s. 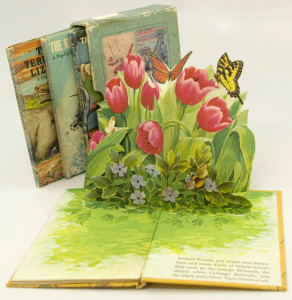 You can get a good overview on the history and applications of physical pop-ups at the following Bowdoin College link:

At the above website, you’ll find a link to a short Vimeo video on the 2011 Bowdoin College exhibition: Pop-ups! They’re not JUST for Kids, which you also can access directly at the following link:

At Comic-Con 2016 in San Diego, I was introduced to a remarkable digital, virtual pop-up technology in the form of the large-scale, hard cover graphic novel ANOMALY. 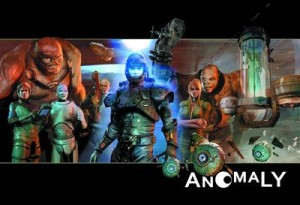 The creators of ANOMALY explain:

“ANOMALY is the longest full-color original graphic novel ever created, but that’s not all. It’s also enhanced with state-of-the-art AUGMENTED REALITY technology. Simply point your smartphone or tablet at pages in the book and watch characters come to life with 3D ANIMATION and interactivity!”

A stand-alone free app is needed on your mobile device to bring the selected pages of ANOMALY to life. Hidden AR cues on the printed pages are used to activate the corresponding AR feature in the app. When first published in 2012, there were 50 AR pages in the 370 pages of ANOMALY; now there are 60 AR pages. The capability exists to add AR features via software updates after the physical book has been published.

You can get a sense for what AR brings to a printed document in the following short ANOMALY commercial trailer:

Below are three screenshots from that video to illustrate basic capabilities:

The virtual pop-up feature enables the reader to visualize a 3D interactive model that is animated and can include audio. 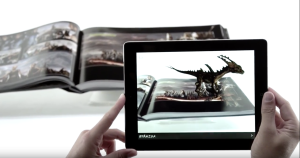 Touch features on the virtual page can be used to bring up more detailed written information and animations related to the selected object. This is a drill-down capability that links to information not included on the printed page. 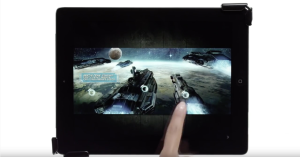 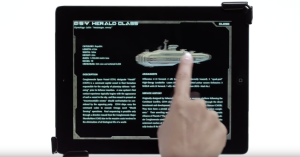 I think you’ll also enjoy the following video demonstration by the co-founder of ANOMALY, Brian Haberlin:

In the above video, you’ll see that this AR technology also can be implemented on small printed items like a postcard.

Below are a few screenshots I took using my copy of the book and the book app. With an iPhone, it was easy to view the complete 3-D model of the spaceship shown below, which was flying through an animated star field. The 3D model has a relatively high level of detail, so you can move in with your mobile device to see small features on the spaceship. Mirror your mobile device to a large screen TV for a really impressive view of the virtual pop-ups. 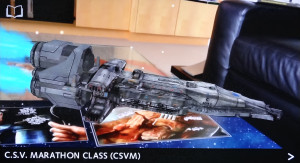 Some objects shown in less detail in the book can be viewed as much more detailed, animated 3-D virtual objects, as shown below: 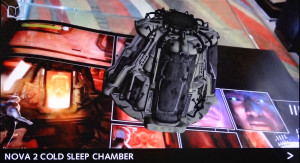 People and creatures come to life as animated 3-D models standing on the page. The creature below growled and reacted when touched, but it didn’t bite. 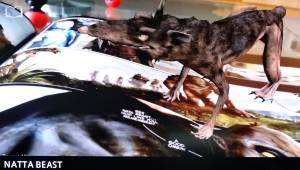 ANOMALY, which was published in 2012, isn’t the first application of VR technology to a printed document. However, it is the first to demonstrate this technology on such a grand scale. James Hoare, writing for the SciFiNow website, noted:

“Marvel Comics have been similarly using (AR) to great effect across their Marvel Wow! titles – a whole world of 3D animation and 2D pop-ups, background details and more open up to you – ranging from the gimmicky, to the genuinely enriching, as critters scuttle across the page, and dossiers on planets and people make themselves available.”

Now imagine the potential applications of this AR technology in science, technology, engineering and math (STEM) courses. Given the challenge of attracting young people to these disciplines, modern AR interactive texts and postcard-size flash cards should be able to deliver an engaging environment for both the teacher and the student. Mirroring the teacher’s mobile device to a large flat panel display is a simple means to engage even a large classroom full of students.

If you were teaching a STEM class, what do you think would be a good application of this AR technology for that class (Hint: The answer does not involve sitting in the back of the classroom reading ANOMALY with your own mobile device). 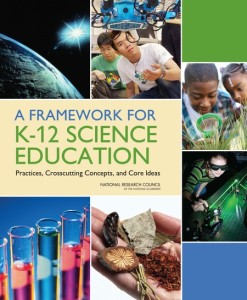 “Science, engineering, and technology permeate nearly every facet of modern life and hold the key to solving many of humanity’s most pressing current and future challenges. The United States’ position in the global economy is declining, in part because U.S. workers lack fundamental knowledge in these fields. To address the critical issues of U.S. competitiveness and to better prepare the workforce, A Framework for K-12 Science Education proposes a new approach to K-12 science education that will capture students’ interest and provide them with the necessary foundational knowledge in the field.

A Framework for K-12 Science Education outlines a broad set of expectations for students in science and engineering in grades K-12. These expectations will inform the development of new standards for K-12 science education and, subsequently, revisions to curriculum, instruction, assessment, and professional development for educators. This book identifies three dimensions that convey the core ideas and practices around which science and engineering education in these grades should be built. These three dimensions are: crosscutting concepts that unify the study of science through their common application across science and engineering; scientific and engineering practices; and disciplinary core ideas in the physical sciences, life sciences, and earth and space sciences and for engineering, technology, and the applications of science. The overarching goal is for all high school graduates to have sufficient knowledge of science and engineering to engage in public discussions on science-related issues, be careful consumers of scientific and technical information, and enter the careers of their choice.

A Framework for K-12 Science Education is the first step in a process that can inform state-level decisions and achieve a research-grounded basis for improving science instruction and learning across the country. The book will guide standards developers, teachers, curriculum designers, assessment developers, state and district science administrators, and educators who teach science in informal environments.”

You can download a free pdf copy of this book for free at the following link:

While you are on the NAP website, browse their other available publications and you will find two NAP publications addressing Next Generation Science Standards (NGSS).  These NGSS documents build on the K-12 science education framework described above.  See my 31 March 2015 post for more details on NGSS.