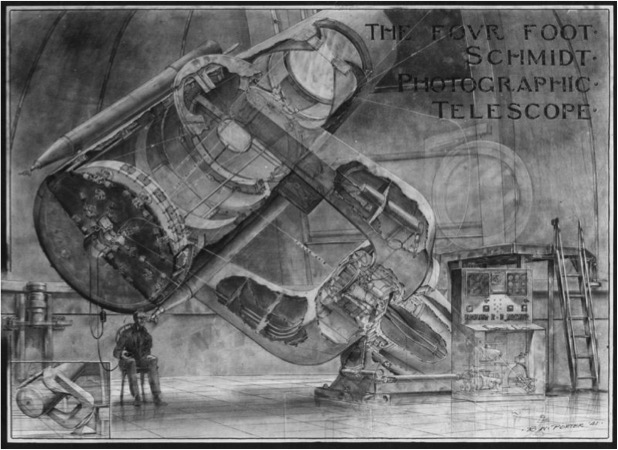 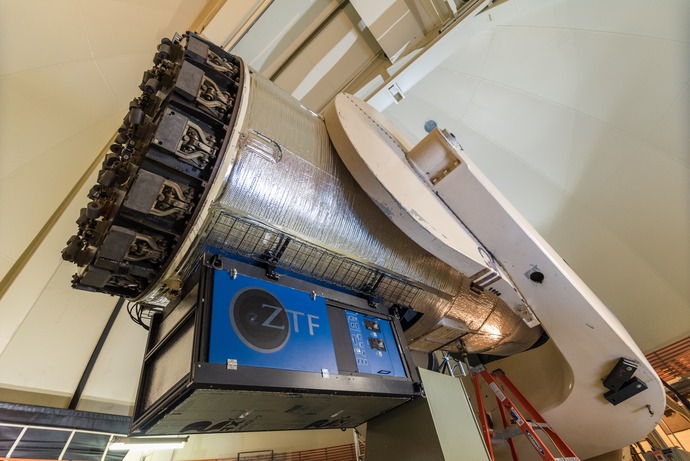 From Daniel Clery of Caltech Media:
“Astronomers in California have taken a telescope built before most of them were born and converted it into a new instrument dedicated to one of the newest and fastest-moving branches of astronomy: spotting objects in the sky that change from one day to the next.  The new Zwicky Transient Facility (ZTF) … was created by retooling the 1.2-meter Samuel Oschin Telescope at the Palomar Observatory near San Diego, California, which, starting in 1948, took pictures of the night sky onto specially curved glass photographic plates. The ZTF is named in honor of Fritz Zwicky, the Bulgaria-born astronomer who worked for most of his career at Caltech.”

From Wikipedia:
“The Zwicky Transient Facility is designed to detect transient objects that rapidly change in brightness, for example supernovae, gamma ray bursts, and collisions between two neutron stars, and moving objects like comets and asteroids. The new camera is made up of 16 CCDs of 6144×6160 pixels each (total: 605 Megapixels), enabling each exposure to cover an area of 47 square degrees (single images covering an area more than 200 times the size of the full moon). First light was recorded of an area in the constellation Orion on 1 November 2017.  The first confirmed findings from the ZTF project were reported on 7 February 2018, withthe discovery of 2018 CL, a small near-Earth asteroid.”

Matthew Graham’s presentation is not yet available

Bill Hagan’s meeting slides and coin presentation can be downloaded by clicking on this link:
Meeting Slides 5/23/18 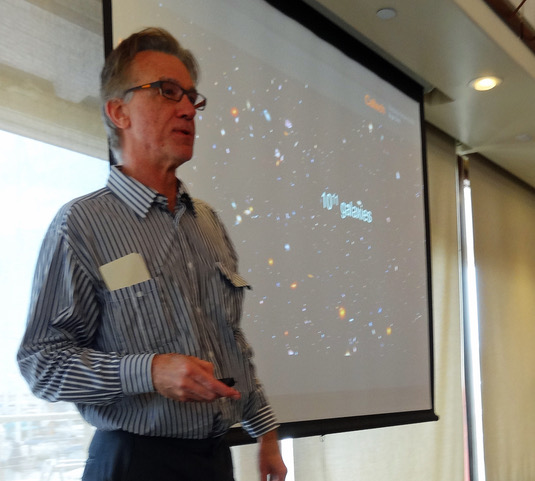 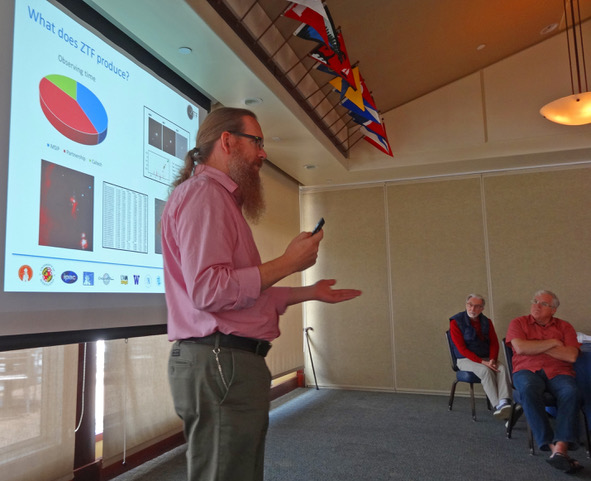