Thanks to Paul Fleming for sending me a thought provoking, well-documented paper entitled, “Global Warming and the Irrelevance of Science,” which was posted online on 17 February 2016 by Richard S. Lindzen, Alfred P. Sloan Professor of Atmospheric Sciences (Emeritus) Massachusetts Institute of Technology. This paper is the text of a lecture delivered on 20 August 2015 to the 48th Session: Erice International Seminars on Planetary Emergencies.

The basic premise of this paper is that, in many fields such as climate research, governments have a monopoly on the support of scientific research, and, through government-funded research contracts, influence the outcome of the very research being funded.

Lindzen starts his paper by observing that,

“Unfortunately, as anticipated by Eisenhower in his farewell speech from January 17, 1961 (the one that also warned of the military-industrial complex), ‘Partly because of the huge costs involved, a government contract becomes virtually a substitute for intellectual curiosity.’

Rather, the powers that be invent the narrative independently of the views of even cooperating scientists. It is, in this sense, that the science becomes irrelevant.”

The net result is poor environmental decision-making that is not supportable by credible climate science. On this matter, Lindzen notes:

“The situation may have been best summarized by Mike Hulme, director of the Tyndall Centre at the University of East Anglia (a center of concern for global warming): “To state that climate change will be ‘catastrophic’ hides a cascade of value-laden assumptions, which do not emerge from empirical or theoretical science.”

Lindzen notes that, “Unfortunately, for most people, the third narrative is all they will see.“

You can read Richard S. Lindzen’s complete paper at the following link:

Thanks also to Mike Spaeth for sending me the following link to an informative document entitled, “A Primer on Carbon Dioxide and Climate,” prepared by a recently formed organization known as the CO2 Coalition.

The CO2 Coalition, formed in 2015, represents itself as, “a new and independent, non-profit organization that seeks to engage thought leaders, policy makers, and the public in an informed, dispassionate discussion of how our planet will be affected by CO2 released from the combustion of fossil fuel.” Hopefully, they can help make some headway with the mass media, general public, and politicians that currently are entrenched in Narrative 3. Even cartoonists know that this will be an uphill battle. 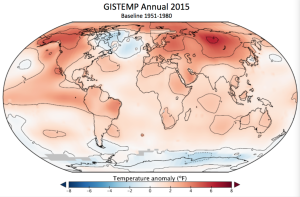 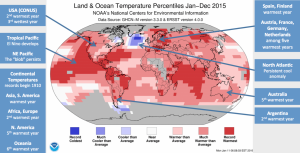