New exascale machines are only a year or two away

The next big step up in supercomputing power will be the arrival of “exascale” machines, which refers to supercomputers capable of performing at least 1.0 exaflops (EFLOPS; 1018  FLOPS), and also refers to data storage systems capable of storing at least 1.0 exabyte (EB, 1018  bytes) of data.  As you might suspect, there is intense international completion to be the first nation to operate an exascale supercomputer.  The main players are the US, China and Japan.

In the US, DOE awarded contracts to build three new exascale supercomputers:

In this post, we’ll take a look at these three new supercomputers, each of which will be about ten times faster than the existing TOP500 leaders, Summit and Sierra.

The Aurora supercomputer is being built at Argonne National Laboratory (ANL) by the team of Intel (prime contractor) and Cray (subcontractor), under a contract valued at more than $500 million.

The computer architecture is based on the Cray “Shasta” system and Intel’s Xeon Scalable processor, Xe compute architecture, Optane Datacenter Persistent Memory, and One API software. Those Cray and Intel technologies will be integrated into more than 200 Shasta cabinets, all connected by Cray’s Slingshot interconnect and associated software stack.

Aurora is expected to come online by the end of 2021 and likely will be the first exascale supercomputer in the US.  It is being designed for sustained performance of one exaflops.  An Argonne spokesman stated, “This platform is designed to tackle the largest AI (artificial intelligence) training and inference problems that we know about.”

The Frontier supercomputer is being built by at ORNL by the team of Cray (prime contractor) and Advanced Micro Devices, Inc. (AMD, subcontractor), under a contract valued at about $600 million.

The computer architecture is based on the Cray “Shasta” system and will consist of more than 100 Cray Shasta cabinets with high density “compute blades” that support a 4:1 GPU to CPU ratio using AMD EPYC processors (CPUs) and Radeon Instinct GPU accelerators purpose-built for the needs of exascale computing. Cray and AMD are co-designing and developing enhanced GPU programming tools.

Frontier is expected to come online in 2022 after Aurora, but is expected to be more powerful, with a rating of 1.5 exaflops. Frontier will find applications in deep learning, machine learning and data analytics for applications ranging from manufacturing to human health.

For more information on the Frontier supercomputer, see the 7 May 2019 ORNL press release here:  https://www.ornl.gov/news/us-department-energy-and-cray-deliver-record-setting-frontier-supercomputer-ornl

The El Capitan supercomputer, announced in March 2020, will be built at LLNL by the team of Hewlett Packard Enterprise (HPE) and AMD under a $600 million contract.  El Capitan is funded by the DOE’s National Nuclear Security Administration (NNSA) under their Advanced Simulation and Computing (ASC) program.  The primary users will be the three NNSA laboratories:  LLNL, Sandia National Laboratories and Los Alamos National Laboratory.  El Capitan will be used to perform complex predictive modeling and simulation to support NNSA’s nuclear weapons life extension programs (LEPs), which address aging weapons management, stockpile modernization and other matters.

El Capitan’s peak performance is expected to exceed 2 exaflops, making it about twice as fast as Aurora and about 30% faster than Frontier.

NNSA’s El Capitan is expected to come online in 2023 at LLNL, about a year after ANL’s Aurora and ORNL’s Frontier.For more information on the El Capitan supercomputer, see the 5 March 2020 LLNL press release here:  https://www.llnl.gov/news/llnl-and-hpe-partner-amd-el-capitan-projected-worlds-fastest-supercomputer

On 17 May 2019, Hewlett Packard Enterprise (HPE) announced that it has acquired Cray, Inc. for about $1.3 billion.  The following charts from the November 2018 TOP500 report gives some interesting insight into HPE’s rationale for acquiring Cray.  In the Vendor’s System Share chart, both HPE and Cray have a 9 – 9.6% share of the market based on the number of installed TOP500 systems.  In the Vendor’s Performance Share chart, the aggregate installed performance of Cray systems far exceeds the aggregate performance of a similar number of lower-end HPE systems (25.5% vs. 7.3%).  The Cray product line fits above the existing HPE product line, and the acquisition of Cray should enable HPE to compete directly with IBM in the supercomputer market.  HPE reported that it sees a growing market for exascale computing. The primary US customers are government laboratories.

The March 2020 award of NNSA’s El Capitan supercomputer to the HPE and AMD team seems to indicate that HPE made a good decision in their 2019 acquisition of Cray.

On 19 May 2019, the South China Morning Post reported that China is making a multi-billion dollar investment to re-take the lead in supercomputer power.  In the near-term (possibly in 2019), the newest Shuguang supercomputers are expected to operate about 50% faster than the US Summit supercomputer. This should put the new Chinese super computers in the Rmax = 210 – 250 PFLOPS range.

In addition, China is expected to have its own exascale supercomputer operating in 2020, a year ahead of the first US exascale machine, with most, if not all, of the hardware and software being developed in China.  This computer will be installed at the Center of the Chinese Academy of Sciences (CAS) in Beijing.

You’ll find a description of China’s three exascale prototypes installed in 2018 and a synopsis of what is known about the first exascale machine on the TOP500 website at the following link: https://www.top500.org/news/china-spills-details-on-exascale-prototypes/

Why, zettascale, of course.  These will be supercomputers performing at least 1.0 zettaflops (ZFLOPS; 1021  FLOPS), while consuming about 100 megawatts (MW) of electrical power. 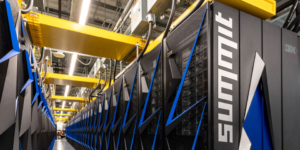 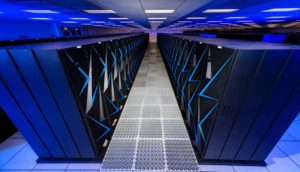 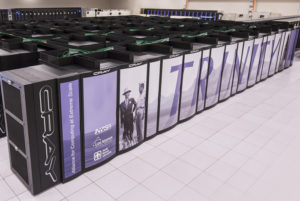