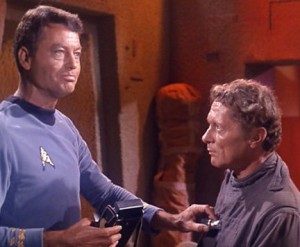 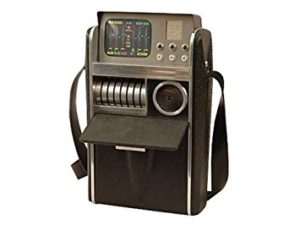 You probably remember scenes from Star Trek in which a Tricorder was used by Mr. Spock or Dr. McCoy to measure and analyze almost anything. That technology is closer than you may think. 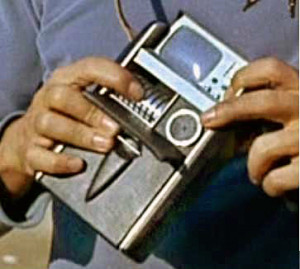 Qualcomm is sponsoring the Tricorder XPRISE, which “is a $10 million global competition to stimulate innovation and integration of precision diagnostic technologies, helping consumers make their own reliable health diagnoses anywhere, anytime.”

Ten finalist teams have been selected. As part of the Final Round, teams will compete in both diagnostic experience evaluations and consumer testing, slated for mid-to-late 2015. The final judging and awards ceremony is scheduled to take place in early 2016.

Go to the Qualcomm Tricorder XPRISE website for details and, if you wish, sign up for their newsletter.

On 16 April 2014, Dr. Erik Viirre of the XPRISE organization spoke to the Lyncean Group about the Tricorder XPRISE.  You can find more details on this talk on the Lyncean site, Past Meetings tab.  Following is the direct link:

On 17 December 2014, Lambert Ninteman of San Diego State University (SDSU) spoke to Lyncean Group about their entry for the Tricorder XPRISE. You can find details on this talk and the associated presentation on the Lyncean site, Past Meetings tab.  Following is the direct link:

XPRISE announced the Qualcomm Tricorder XPRIZE has been officially extended through early 2017, providing the seven finalist teams with additional time to make refine their tricorder devices to ensure they can succeed in the competition. You can read details at the following link: